The all-new Captain Tsubasa (aka Flash Kicker) football game is now available!
Pick your favourite football players, create your own unique dream team, and battle it out against other users from around the world! You are the manager of your own dream team!

Incredible Special Skills for that authentic "Captain Tsubasa" experience!
Tsubasa Ozora's Drive Shot... Kojiro Hyuga's Tiger Shot... All the different special skills from the original series are recreated in stunning 3D! You won't want to miss the character cut-ins and voices, either!

Intense Matches
The game controls are optimized for smartphones, creating a smooth, intuitive, and stress-free play experience! Compete with other teams to become master of the pitch and conquer the world of football!

Team Editing
Your players, team formation, kit, and so forth can all be freely customized, allowing you to create your own completely unique dream team!

Power up your players!
Train your players and power them up! It's also possible to transfer special skills between the same character! Use your powered-up players to develop your own original strategies, then use them to show your rivals what you're made of! 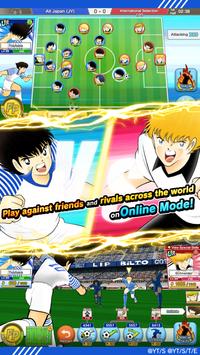 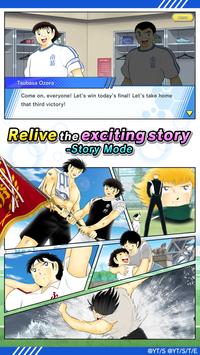